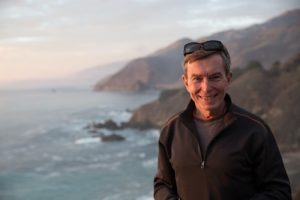 Hello, I am Dennis, a Master Certified Coach and an experienced lawyer. I’ve known career satisfaction. Over the years, I’ve also known the challenges of a demanding career. I’ve made many transitions, from public practice for two State Agencies to private practice with two law firms. I’ve practiced on the East Coast and in the Midwest. I live wholeheartedly, accessing the wisdom of my lived experience for the benefit of my coaching clients. My desire to become a career coach was the culmination of my interest in people, years of legal experience, and education in psychology. I am uniquely positioned to provide career coaching to lawyers and executives.

“Over 30 years as a successful lawyer and 20 years as a certified coach, is a rare combination that distinguishes me from other coaches.”

I am passionate about coaching and I love the legal profession; here’s a snapshot of my career:

1971: I’ve helped to shape environmental law, both locally and nationally, beginning in Pennsylvania as an Assistant Attorney General, representing the Pennsylvania Department of Environmental Resources.

1980: I was appointed as a Special Assistant Attorney General for the State of Minnesota, assigned to represent the Minnesota Pollution Control Agency.

2000: With the support and advice of my own coach, I studied at the Hudson Institute of Santa Barbara and was certified as an Individual and Organizational Coach. I became Of Counsel at Fredrikson & Byron and launched my coaching and consulting practice.

2006: I earned my certification as a Somatic Coach at the Strozzi Institute of California.

2012: I was certified by the Strozzi Institute as a Master Somatic Coach.

During my legal career, I was included in:

I have served as a contributing editor for The Complete Lawyer and have written for other publications, including the Hennepin Lawyer. Today, I write for the Minnesota Lawyer.